This year Southern Spars has been riding the leading edge of technology at the grand prix level of yacht racing and applying the lessons learned to increasingly sophisticated production techniques for both racing and custom cruising yachts. These exciting developments have seen Southern Spars consolidate its position as the world leader in composite spars and rigging.

The Southern Spars team celebrates the company’s 25th year in operation with a continuous wave of innovation and ongoing expansion of its global operation. The company now employs 550 people worldwide with manufacturing or service facilities in New Zealand (grand prix and superyacht rigs), South Africa (masts for yachts less than 110ft), USA (Composite Rigging with ECsix), Denmark (service and warranty), Sri Lanka (One Design rigs) and Spain (service and maintenance).

Established in 1989 as Southern Spars Ltd by Mark Hauser, Terry Gillespie, Chris Packer and Geoff Hurley, the company’s expertise was forged during the major industry transition from aluminium to carbon fibre spars. With the arrival of carbon fibre in the early 1990s, Southern Spars was quick to make use of the light, strong manufacturing material, creating mast and spar packages for America’s Cup Class contenders, the Japanese Nippon Challenge and Team New Zealand (NZ Challenge) in 1992. Southern Spars has supplied one or more teams at every America’s Cup since then, including the 2013 San Francisco event when Southern Spars supplied Luna Rossa Challenge with a complete wing package and delivered all the main components for the Emirates Team New Zealand wings.

Even in those early days, the skills learned on America’s Cup projects were quickly adapted for grand prix race boats, with the company building the world’s first all carbon-fibre superyacht rig for Neville Crichton’s 32.6m Esprit, launched in 1991. Against dire predictions, the Southern Spars rig served the owners faithfully for more than 200,000 sea miles. It was still going strong when it took a direct lightning strike in Tahiti, ending the mast’s two-decade career, by which time carbon-fibre had achieved universal acceptance.

In 2003, the company was acquired by the North Sails Group owned by American industrialist Terry Kohler. This year, the group changed hands again when it was purchased by Oakley Capital. Southern Spars operates as an independent entity within the group.

In 2014, virtually every aspect of a Southern Spars rig is handled in-house, beginning on the design floor where 27 designers and engineers work on specific areas of each project. Part of the group’s arsenal is a propriety suite of software called Rigcalc and Membrain, which fully integrates the rig and sail design, so that the mast and sailplan work to maximum efficiency as a single propulsion system. Great attention is paid to aerodynamics and Finite Element Analysis is key in the drive to achieve the greatest performance for the least weight.

The countdown to the 35th America’s Cup is nearly over. It has been such an amazing experience for everyone at Southern Spars to have been so involved with Emirates Team New Zealand. We wish them all the very best of… 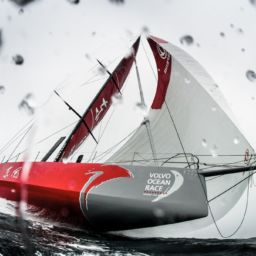 Southern Spars wishes to congratulate all teams and sailors involved in the 2014-2015 VOR (Volvo Ocean Race), as the first race with a one-design rule, this edition will never be forgotten. With the yachts now identical, a premium was placed…

As the fleet of Volvo Ocean 65s undergo refits in Europe, Southern Spars is forging ahead on the first batch of new masts, scheduled to leave their Auckland factory in early 2017. There are currently four more build slots available…

Southern Spars have been building some of the best masts in the world for more than a quarter of a century, and for their first few challenges outside the realms of masts and rigging they haven’t lowered their sights even…