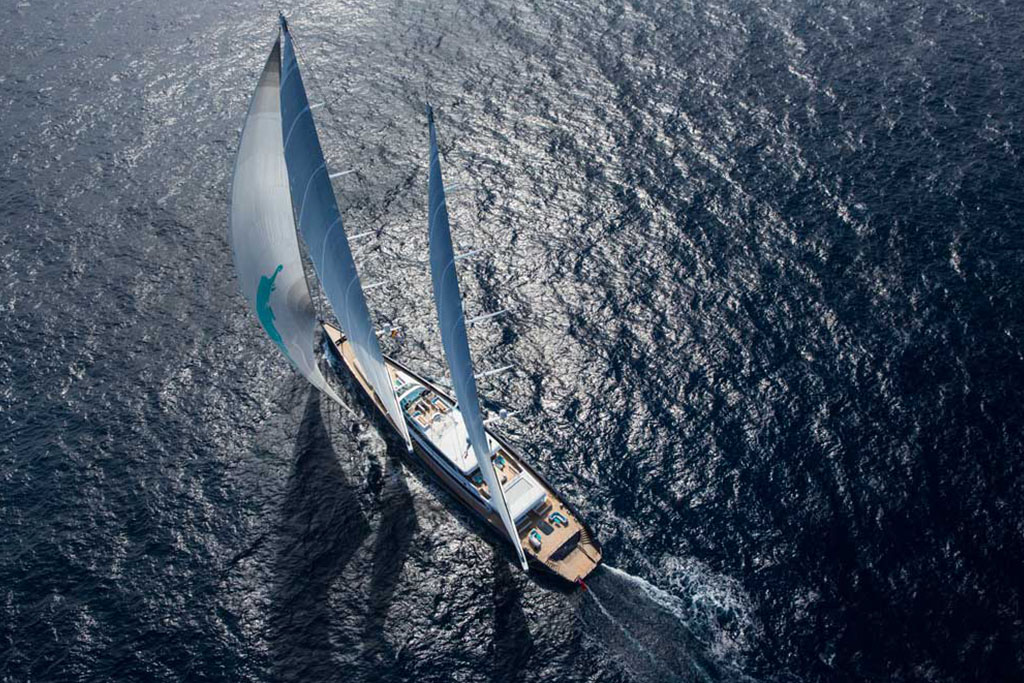 Aquijo, the Tripp 85 which sports twin 90 meter tall masts, is Southern Spars biggest ever project. The rigs are so large that they had to be sent on a truck from our facility in the dead of night in two sections each. The masts were too big to be transported in one piece as a truck of sufficient size wouldn’t have handled some of the urban transport obstacles in and around Auckland City. Hence, the rigs were sent in two parts each, and joined near the port in Tauranga, where they boarded a ship to Europe.

The rigs and booms, which at 24-metre long are almost big enough to class as superyachts themselves, were stepped in Holland and the yacht has completed a full season of sailing in the Mediterranean, braving some very tough conditions, with no issues.

With a project so large, strength is critical. The ECsix carbon rigging cables are built to handle more than 200 tons of load, while the mast base must withstand over 550 tons of compression.