The 29th edition of the Maxi Yacht Rolex Cup and Rolex Maxi 72 World Championship, the pinnacle of the Maxi yacht calendar, came to an end this weekend after a week of spectacular racing.

Amongst the 41 competitors, the Southern Spars’ rigged yachts proved their high racing credentials – with those sporting our newest generation of rigs showing the significant performance gains acquired from our continued developments in technology.

The Maxi 72 Momo, who received a new Southern Spars rig in July, showed a stellar performance, winning six from six races to retain her world title with a day in hand. Magic Carpet Cubed, the first of the Wallycento fleet, also received a new Southern Spars rig this summer as well as new Future Fibres rigging. The benefits of this rig and rigging package were clear to see in their notable performance gains, with the 100-footer finishing just a half point behind the newest Wallycento Tango.

The Southern Spars and Future Fibres rigged J Class yacht Topaz also won the Supermaxi class and the Southern Wind 82, Grande Orazio, won the Combined Maxi class. Southern Spars love being at the forefront and we are proud to be the only mast builder that can provide the high performance needs to compete for titles. Congratulations to all of our victorious yachts and all others that competed.

Paul MacDonald, a director at Southern Spars, specialising in superyacht sales, is relocating from the companys Auckland office to London, UK. MacDonald is a senior member of the Southern Spars team and a veteran of the Whitbread Round the World… 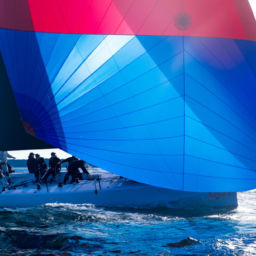 After the New York Yacht Club (NYYC) announced the concept last year, the incredible IC37 by Melges project has come to fruition this week, with hull #1 now doing sea trails on Narragansett Bay. Southern Spars were proud to be…