The Southern Spars sales team are ramping up to hit the 2016 Monaco Yacht Show, ready for some hot days, lots of meetings and plenty of walking.

It’s been another big year for the New Zealand based company, giving us lots of exciting things to talk about like our two big projects Adix and Aquijo. Adix, the three-masted 65-metre Dykstra schooner, has been transformed by a rig refit by Southern Spars and Future Fibres. The new carbon fibre masts and rigging have pared more than five and a half tons, or 36%, from the above-deck package. These massive savings have resulted in huge improvements in speed and handling for the yacht while remaining true to the yacht’s classic styling. She impressed at this year’s Caribbean 600, finishing second in the Superyacht Division.

Aquijo, the Tripp 85 which sports twin masts, towering at 90m above the water, has successfully completed its first year of sailing. The boat has been thoroughly put through its paces with a full season sailing in the Mediterranean, braving some very tough conditions, with no issues.

Southern Spars has helped the J-Class yachts find massive performance as they build up to their pre-America’s Cup regatta in Bermuda in 2017. In the last 18 months, we have built three masts for new and old boats, taking our representation to almost the whole fleet of nine yachts.

We have begun work once again on the rigs for the Volvo Ocean Race. Early components are currently in build and ramping up to full production shortly as more teams commit to the race.

Following some hard work from the design team on a new TP52 mast tool, orders are beginning to come in for new rigs for the 2017 season as well.

This has been a big year for us outside of the mast industry as well. We have expanded our horizons and have built bike wheels, medevac stretchers and are approaching the half way mark in an ultra high-performance foiling America’s Cup boat. 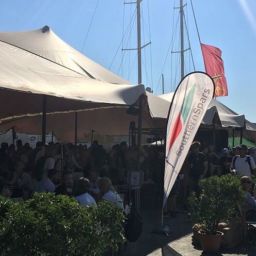