Awards success highlights the importance of a great crew

On March 28th the Best of the Best Westpac Business Awards were held in Auckland, New Zealand. The awards evening was the culmination of almost eight months of judging and evaluation to identify outstanding businesses across a range of categories, and Southern Spars took out the Supreme Award for Export Achievement.

The judges were impressed by some compelling statistics, such as the Auckland facility exporting 95% of everything it makes, and that the company produces the rigs for 85% of the world’s superyacht fleet and half of all large racing yachts.

The award and the numbers behind it were powerful demonstrations of what can happen when you bring world-class technology and great people together. So it was fitting that North Technology Group CEO and President, Tom Whidden, was there to savour that success. It was his vision that turned North Sails from a collection of sail lofts into a global leader in sailing innovation, and eventually led to Southern Spars joining the group to combine sail and rig design in a single formidable package.

Tom is uniquely qualified to be at the helm of an enterprise that inevitably attracts passionate sailors to its ranks. He has won the Newport-Bermuda Race five times and competed in eight America’s Cup campaigns; winning three of them, including wresting the Cup back from Australia in ’87.

After over 30 years building the world’s most successful sailing organisation Tom is still convinced that while the technology has moved on the fundamentals haven’t changed; business is a lot like sailing: “How to get a bunch of guys to do the right things at the right times, to be highly motivated and to perform beyond their expectations.”

We’re on board with that. 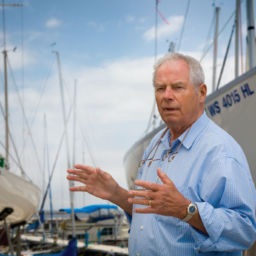 Southern Spars’ thoughts are with the family of Terry Kohler. Terry’s passing represents a huge loss to the worldwide sailing community. As the owner of Southern Spars from 2008 until 2014, he helped to foster the strong bond between Southern… 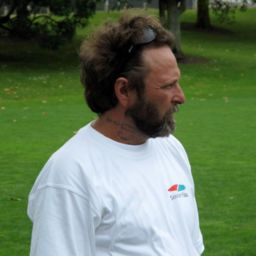