Last weekend, the prestigious St. Barths Bucket Regatta took place in the Caribbean, with some of the world’s finest superyachts on show. For its 32nd edition the four-day invitational regatta featured top-notch racing of 26 superyachts in six classes, in the beautiful setting of St. Barths. Although the size of the yachts and competing fleet has grown significantly, the spirit of the event has remained unchanged.

The Vitters-built sloop Missy, a new boat launched with Southern Spars rigs at the end of 2016, achieved first place after the final race on Sunday, in the Les Voiles Blanche class. Finally, in the J Class races our rigged yacht Svea was triumphant.

However, in a regatta that is famous for its camaraderie and racing for pure pleasure, Southern Spars would like to congratulate all of the winners and participants, as well as congratulating the St. Barths Bucket team for organising yet another highly successful event.

Southern Spars is a long-term supporter of the Bucket and for the event we were proud to be continuing our support as an Official Friend of the Bucket. As the world’s leading supplier of carbon rigs to the superyacht industry, our team were also on-site supporting the event. We were able to support the superyachts with some of our Southern Spars gear as well as presenting at the awards ceremony after the final day of racing.

We look forward to continuing our support next year.

Paul MacDonald, a director at Southern Spars, specialising in superyacht sales, is relocating from the companys Auckland office to London, UK. MacDonald is a senior member of the Southern Spars team and a veteran of the Whitbread Round the World… 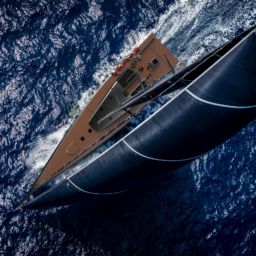